The latest news from EVCC

Guest blog: Are there enough Electric Vehicle Charging Points to go around?

Last month (August 2021), the Competitions and Markets Authority (CMA) issued a report stating that more needs to be done in terms of EV charging infrastructure to support the transition to electric vehicles.  In the article, the CMA suggests that up to 480,000 charge points will be needed nationwide by 2030, when sales of new petrol and diesel vehicles cease.

There are currently about 39,000 public electric vehicle charge points across the UK and over 400,000 home chargers. According to independent research, if a fraction of the latter were shared via ‘Community Charging’, electric vehicle uptake could be transformed, and the needs of all EV drivers, for charging, could easily be sustained.

Community Charging is the utilisation of community resources including chargers, space and infrastructure to allow members of the community to run electric vehicles.

Under such schemes, 'Hosts' (motorists with a home electric vehicle charger) link up with 'Chargees' (drivers who can't charge at home, either because they don’t have a driveway, or they can’t install a charger) satisfying the needs of both, and everyone benefits. Hosts generate income to cover the cost of electricity, purchase, and installation of their Charge Point.  Chargees benefit from cheaper charging than they would pay at publicly run Charge points.

According to the English Housing Survey, around 40% (14.5 million) motorists live in a flat or terraced house and can't have a charger at home. Research by EV infrastructure company, Connected Kerb, which covered early adopters to mainstream buyers, revealed that two thirds of existing electric vehicle owners would not have made the switch had they had to rely on public chargers. And almost 9 in 10 non-EV owners would be more likely to make their next car purchase an EV if they had space to charge it overnight.

Community Charging is a great way to satisfy these needs.  If even 10% of the existing 400,000 home chargers currently available signed up, 40,000 additional Charge points would instantly become available, without a single hole being dug or a cable being laid.  The altruistic nature of these schemes helps communities and individuals too.

With Community Charging, the 'matchmaking', bookings, and payments are usually handled by a smartphone app, which highlights where local hosts are situated, what price they are charging, and the times the Charge Point is available. 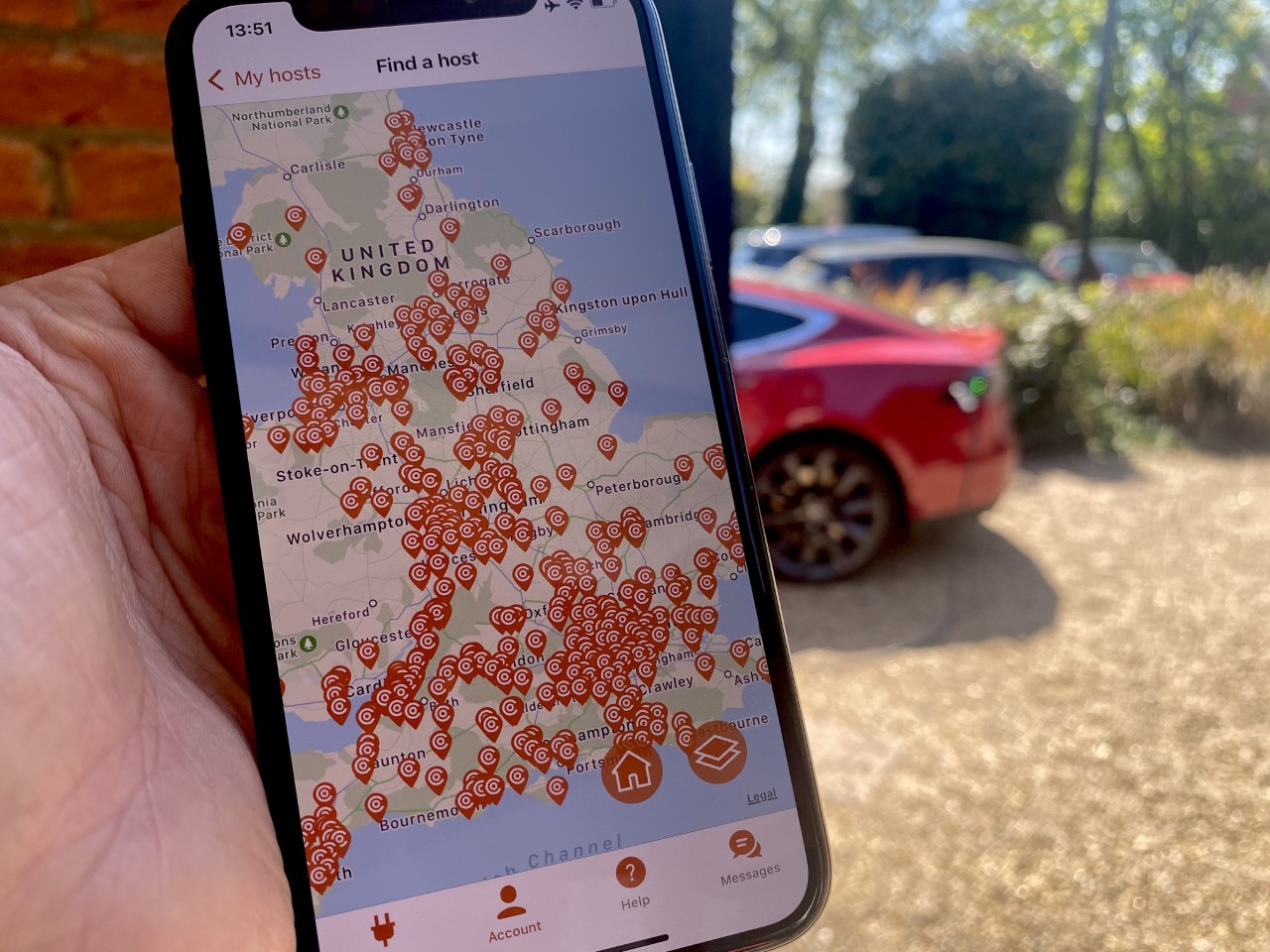 As Charge points are local, Chargees also benefit from being able to charge overnight, rather than having to hang around at a public Charge Point while they wait for their vehicle to charge.  Chargees, instead, usually arrange an evening when the host car isn’t being charged, plug in, and pick up the vehicle the next morning, fully charged.

As with charging your mobile phone, where most users charge overnight, then top up during the day, this mode of operation is far more efficient and time-saving, than the standard ‘trip to the fuel station’ which ICE drivers currently take as standard.

Reliability of charging is also far greater with Community Charging.  Public charge points are frequently out of service – an issue often cited by current EV drivers as a negative factor in their ability to charge away from home.

With Community Charging operations are far more assured, as the host EV owner also relies on a well-functioning charge point to drive their own vehicle. So they’ll usually fix any non-operational charge point as soon as practically possible.

Stefano Tonelli, a retired architect from Dulwich, spotted one Community Charging app, Co Charger, on social media and signed up as a host straight away. 'We live in a house with a driveway and have our own charger, but most of my neighbours live in Victorian terraced houses,' Stefano explains. 'We’re just inside the South Circular and both the traffic and pollution levels are high. My belief is that we owe it to the world and our children to go greener. If I can help my neighbours switch to electric cars by sharing my charger I'm delighted to do so.'

Joel Teague, the CEO of Co Charger agrees, saying, 'Sometimes the option isn't more hardware. It's making better use of what we already have. At Co Charger we’ve seen that people are very willing to share their chargers.  We’ve come from zero to nearly 1800 charge points in just 11 months and, over that time, the average growth has been more than 30% each and every month – all without so much as fitting a new fuse.  We’ve now almost as many registered charge points as Tesla.

‘We’ve seen Chargees who have bought their first ever electric vehicle simply because they now have a convenient and easy option of charging at their neighbours – it’s simply incredible’, Teague continues.

Ultimately, charge point sharing has the ability to rapidly increase the number of available chargers – right now, without waiting for any additional local or national government support, or any upgrade of the existing charging infrastructure. It's a quick, cheap, self-scaling solution. All it takes is for the community of EV charge point owners to see the benefits of sharing – for their pockets, their communities, and the planet.

At scale, Community Charging has the ability to shift people out of ICE vehicles and into electric ones.  With 2030 looming, a growing climate crisis, and deaths and illnesses from air pollution on the rise, we desperately need these types of quick and easy solutions.

If everyone working in sustainable transport, and especially in government, supported this change, a charge point sharing culture could develop quickly and easily over the next few years.  And from that, every single one of us, would benefit enormously.

For more information about Co Charger or to sign up as a host or charge for Community Charging, please see www.Co-Charger.com or download the Co Charger app from the iPhone or Google Play Stores. 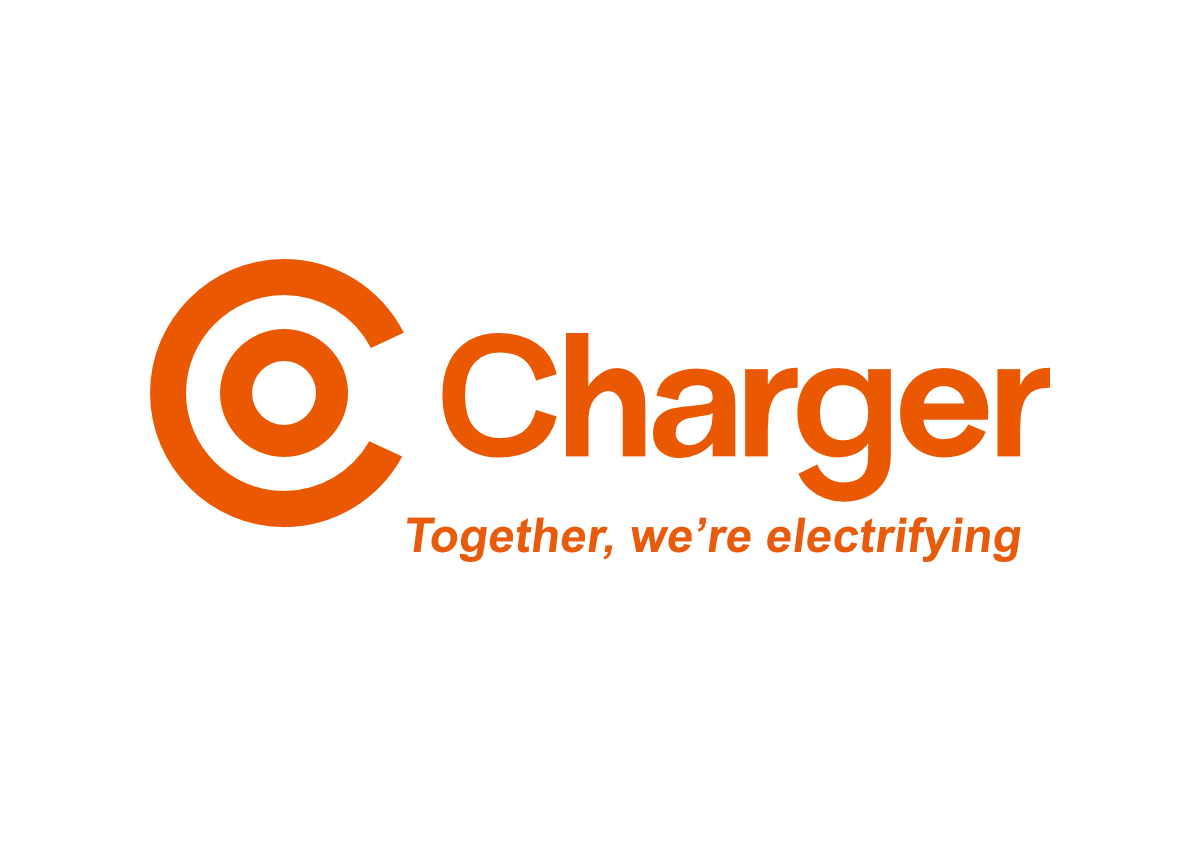